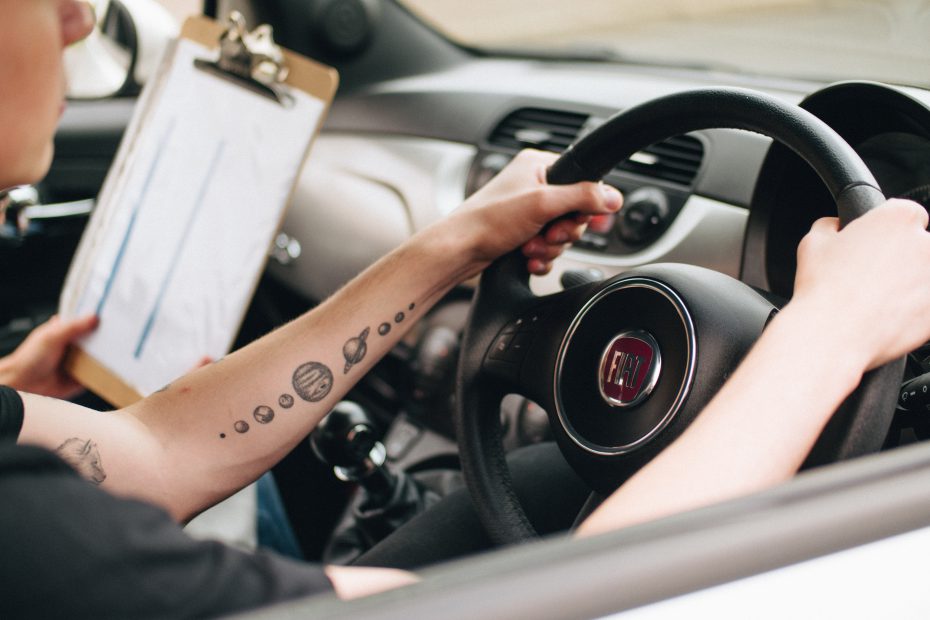 IMPORTANT NOTE: Until the law comes into effect, it is still illegal for a learner driver to drive on a motorway.

Ever since the introduction of the UK driving test in 1935, learners have not been permitted to drive on the motorway, so, currently only those who have passed their test are allowed to do so.

But in 2015, after a long campaign from road safety groups, the Department for Transport said it would consider allowing learner drivers access to motorways in a “supportive environment”. This is while considering other measures aimed at reducing the number of accidents.

What is the difference between a dual carriageway and a motorway?

Slow moving vehicles, such as tractors, are not allowed on motorways. And horse boxes, cars or vans towing trailers, and certain goods vehicles are restricted to certain lanes. This is because traffic tends to flow faster on a motorway than on a dual carriageway, although the speed limit is the same for both – 70mph.

You can distinguish motorways as the road name will include an M, and the signs will be blue. Signs on dual carriageways are green.

Why teach learner drivers to drive on motorways?

Many have argued that offering driver training lessons on motorways is common sense – that it is the best way to prepare learner drivers for driving on motorways and will help reduce accidents.

In a 2017 statement, the government explained it is making the changes to the law to allow learner drivers to:

The Highway Code will be updated to accommodate the changes.

How the change will work

The government has begun detailing what it will entail and how it will affect instructors, examiners and learners. The impact has logistical and administrative ramifications – from updating the Highway Code to writing new guidance for instructors.

The changes outlined by the government state that those learning to drive will need to be:

The change applies to England, Scotland and Wales. There was a consultation in 2014 on similar driving test changes in Northern Ireland, but at present, learners are not allowed on the motorway anywhere in the UK.

Any motorway driving lessons will voluntary, making it the responsibility of the driving instructor to decide when the learner driver is competent enough to have a motorway lesson.

When can learners drive on motorways?

The government promise that: “The change will be well-publicised so driving instructors and learner drivers are prepared for the change, and other road users know what to expect. The Highway Code rules on motorways will also be updated.”

The announcement was made on 1 March 2018: learners will be allowed to take driving lessons on motorways from 4 June 2018.

Can provisional drivers drive on motorways in the UK? NO

Learn more about learner driver insurance and what’s included in the cover.
Passing your test opens the doors to the world and most people are eager to pass as soon as possible. Check out our guide to passing your driving test.

Why change the law? Why now?

Statistics show that motorways are the safest type of road to travel on. Disallowing learners from using them means they tend to be tackled for the first time by newly qualified drivers who might have less confidence on the unknown highway, be alone in the car – or both.

Secretary of State for Transport Chris Grayling added that younger drivers are up to seven times more likely to be killed or seriously injured compared with drivers over 25, and lack of experience is an important factor.

Post-test motorway courses are available to teach the specific skills needed for driving on them, but government research found that only about 3% of new drivers take ‘Pass Plus’, the six-hour post-test course that includes being shown good practice on motorways. While many driving instructors offer motorway lessons, the Department for Transport found that uptake was very low.

These and many other guiding statistics were part of the decision to change the law.

At the end of 2016 the government launched a formal consultation on whether learner drivers should be allowed on motorways. It asked:

The Approved Driving Instructors Association responded by saying the changes had “been part of a campaign for this change for many years”. The Royal Society for the Prevention of Accidents agreed.

“Allowing learners to drive on motorways in a supportive environment will help them develop a practical understanding of how to use motorways safely before driving independently,” explained Grayling at the time of the announcements.

“British roads are among the safest in the world and we are proud of our record but I believe we can improve on this,” explained Road Safety Minister Andrew Jones. “Last year 1,732 people died on our roads. With over 90% of road traffic collisions caused by human error, advances in technology will help reduce road casualties in future: we are a world leader in developing and testing connected and autonomous vehicles.

“However, I want to make sure that the current generation of young adults about to start their driving career have the best possible introduction to what we want to be a lifetime of safe driving. Younger drivers are currently around five to seven times more likely to be killed or seriously injured compared with car drivers aged 25 or over.”

“Motorways are the safest roads to drive on,” he added. “They are constructed to a higher level of design standards in comparison with other roads; there are limited access points, usually by slip road minimising the likelihood of junction collisions, and the separation of traffic in different directions means that head-on crashes are virtually eliminated.”

Jones comments mirror Grayling’s own words when he explained that the position in current law is that people who hold a provisional driving licence are not allowed to drive on motorways. “This means that learner drivers cannot go on motorways as part of their conventional course of pre-test learning.”

Learning materials and the syllabus for learning to drive a car are being updated to include motorway lessons. The driving instructor’s National Associations Strategic Partnership has produced best practice guidance to help instructors and it can be downloaded here.

As part of the change in the law, the Driver and Vehicle Standards Agency (DVSA) have also begun to detail the effects on driving instructors, for example: “driving instructors will be allowed to decide whether or not to keep their driving school roof-top box on during motorway lessons, based on the manufacturer’s instructions.”

The preliminary guidance adds that the instructor’s car will “still need to display L plates on the front and rear if the rooftop box is removed.”

Trainee driving instructors won’t be allowed to take learner drivers on the motorway.

Those teaching family members or friends to drive will not be able to provide lessons on the motorway (unless, of course, they hold a valid approved driving instructor (ADI licence). And, as mentioned before, the vehicle used for training must also have dual controls fitted.

Newly-qualified drivers can take a Pass Plus course designed to hone their driving skills and potentially reduce the cost of their insurance. Pass Plus consists of six modules, one of which concerns driving on motorways.

In 2015 and 2016 the DVSA issued 21,210 Pass Plus certificates to new drivers who had completed the course. In the previous 12 months, 718,711 learner drivers had passed their practical test, suggesting that only 3% of new drivers had taken a Pass Plus course.

New drivers also have the option of taking a motorway lesson with an instructor once they have passed their practical driving test. While many driving instructors will provide a stand-alone motorway lesson, informal views from the sector suggest that demand is low.

In the consultation, Jones found that the reason for the low levels of post-test instruction are:

While motorways share some characteristics with dual carriageway roads, they can present more challenging situations.

Source: The Highway Code
In an article by the BBC, instructor Sharon Starr also gave the following tips:

Changes to the driving test

In 2015, fewer than half of learners passed their practical test first time – a statistic the government was keen to improve. So, as part of its wide-ranging strategy to tackle the issue the Department for Transport proposed:

The document said: “We will encourage a higher percentage of learner drivers to aim to pass their driving test the first time around, when they are truly ready for independent driving,” the document states.

“In doing so, we will consider whether more should be done to support and reward a broader range of driving experiences, such as night driving and motorways, ahead of candidates obtaining their driving licence and whether restructuring the costs of the driving test would incentivise learners to undertake more pre-test practice.”

What has announced in the 4 December 2017 driving test changes included: